Bhubaneswar (01.03.14)- Gajapati Police got a big victory on Maoist. Three women Maoists were arrested in Gajapati district, Odisha and a huge arms and ammunition with 10.5 lakh current cash seized from them, said police DIG Amitav Thakur at SP office. The Master mind of Odisha Maoist party Sabyasachi Panda proves his capability to escape from police with leg injury by police bullet.

Based on a tip-off about the Maoists’ presence, police launched an operation at Mukhi forest near Mohana, about 350 km from Bhubaneswar, and able to arrest the three women.

The women were identified by police as Nikita Majhi, D. Anita and Susanti Majhi
Police found a number of arms and huge quantity of ammunition from them, including an AK-47 rifle, four Insas assault rifles, four self-loading rifles, five pistols, a tiffin bomb and 13 magazines, besides Rs.10.5 lakh in cash 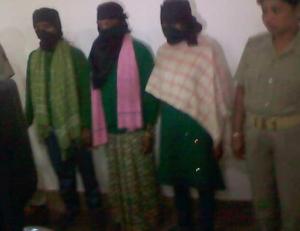 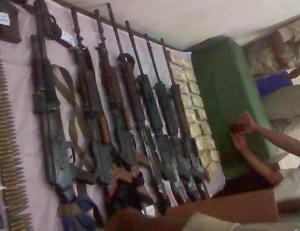 Joint coordination Committee of Journalists formed by Utkal Journalists Association & Odisha Union of Journalists holding a press meet in Bhubaneswar condemning the Odisha government’s discriminatory policy in allotment of government quarters to a select group of journalists and ignoring major demands of the scribes. The committee said the government had betrayed hundreds of journalists by trying to pacify only a few scribes.
The committee announced that unless the genuine demands of the journalists were met, scribes across the state would wear black badges in the meetings of chief minister Naveen Pattnaik.Journalists will also have demonstration in district and sub-divisional headquarters.The committee also raised objection in the process being followed to include journalists in the insurance scheme.They termed the entire process as total hoax.
The committee alleged that the high power committee constituted by the government is being ignored and it was an eyewash just to cool-down the journalists for the time being.
The press meet was addressed by Prasanna Mohanty, Secretary General, National union of Journalists,New Delhi, Pratap Mohapatra, President, Utkal Journalists Association, Kailash Nayak, General Secretary, Odisha Union of Journalists and other senior members of both the unions.

Bhubaneswar, 28th February, 2014
The regular function of Odisha State Archives such as survey & acquisition of public
& private records, its management, repair & rehabilitation of old & frail records, Xeroxing
facilities to the scholars and development of Research T Reference Library were carried on as
per the scheduled programme during the month of Last December and January.
In the record rooms of State Archives, 10 Volume records & 35 Loose records were
accessioned, 160 Volumes records, 68 files, 20 racks & 52 loose records were cleaned and
arranged properly; Xeroxing of 27 volumes & 7 files, 13 Vols. & 20 files were stitched and
Diary of 660 nos of newspaper were done during the period. Besides this 175 volumes & 18
files were supplied to the Research scholars.
In the Research & Reference Library, 14 books/Journals were accessioned, 12 books
were catalogued, 370 books were issued to the scholars & were reshelved. Along with this,
122 research scholars were availed all sorts of research facilities.
Revenus Collection:- A sum of Rs. 15,876/- (Rupees fifteen thousand wight hundred
seventy six) only have been collected towards supply of Xerox copies and purchase of books
during last December & January Month.
In Regional Archives, Sambalpur Xeroxed records transferred from State Archives
were stamped, stitched, bound, accessioned & paginated and two scholars were availed all
sorts of research facilities as per their requisitions.